How Are Oral & Overall Health Linked? Let Us Count the Ways…

It wasn’t so long ago that orthodox dentistry scoffed at the idea that oral and systemic health could be linked. 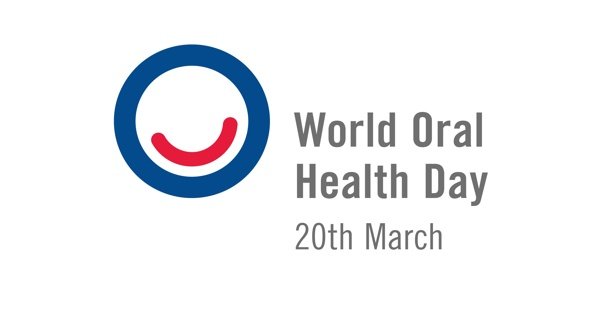 These days, we have a World Oral Health Day that focuses on that very relationship. For oral health is much more than just a nice smile. Oral health and general health have a two-way relationship, for the mouth simply can’t be separated from the body.

Indeed, as Dr. Reinhold Voll noted many decades ago, “80 to 90 percent of systemic problems are caused or influenced by the oral cavity, tonsils, and sinuses.”

So what are some of the ways in which this happens?

Infections that Start in the Mouth Can Spread Elsewhere

When you have an infection, the pathogens (harmful microbes) involved don’t necessarily harm just the one site of infection. They can enter the bloodstream and travel to distant parts of the body, where they can cause secondary infections.

Oral pathogens have been shown to be involved in pneumonia and other respiratory diseases. They’ve also been found in the hearts of patients with cardiovascular disease, the knees of arthritis patients, and the brains of people with Alzheimer’s.

Direct infection with oral bacteria has been shown to be involved in endocarditis, which is an infection of the linings of the heart.

Oral Infections Can Cause Chronic Inflammation throughout the Body

The chronic oral infections that cause gum disease contribute to chronic inflammation that affects the whole body. This raises the risk of other inflammatory diseases including heart disease, stroke, arthritis, and diabetes. Inflammation from gum disease has been linked to cognitive decline in Alzheimer’s patients.

While oral disease can cause or worsen systemic illnesses, the phenomenon can work both ways. Diseases in other parts of the body can make gum disease worse, with diabetes being perhaps the most notable example.

Diabetic individuals are far more likely to suffer from gum disease than those without the condition. One reason why: Diabetes makes you more susceptible to infection overall. Another? Like gum disease, diabetes is marked by chronic inflammation.

Teeth Are Connected to the Body Energetically, as Well

Every organ in your body is connected to the rest energetically, as well as physically. You can thank the meridian system for that. Meridians are energetic pathways, and each is associated with a number of different tissues and systems. Because of this, problems with a single tooth can affect the other organs associated with it, and vice versa.

You can learn more about the meridian system here and even explore some of the tooth/body connections with this interactive chart.

Many of the things that are bad for your oral health are also bad for your overall health. For instance, eating too many refined sugars and starches can cause dental decay, as well as raise your risk for diabetes. It can also lead to obesity, which raises your risk of cardiovascular disease.

Some Dental Work Can Lead to Systemic Issues

Although “silver” amalgam fillings remain the norm for roughly half of all American dentists, they are 50% mercury. More, this potent neurotoxin is consistently released from the fillings and inhaled, entering the general circulation. While some people can excrete mercury quite efficiently and show no ill effects from the fillings, others cannot. Over time, the build-up of mercury in their body tissues can contribute to a wide range of neurological, autoimmune, and other disorders.

One of the aims of holistic and biological dentistry is to prevent such problems through the use of biocompatible filling materials, avoiding root canal therapy whenever possible (and when it’s called for, using ozone to improve disinfection), and properly cleaning and disinfecting surgical sites to reduce the risk of lingering infection.

Oral health cannot be separated from systemic health. It’s vital to pay attention to both.