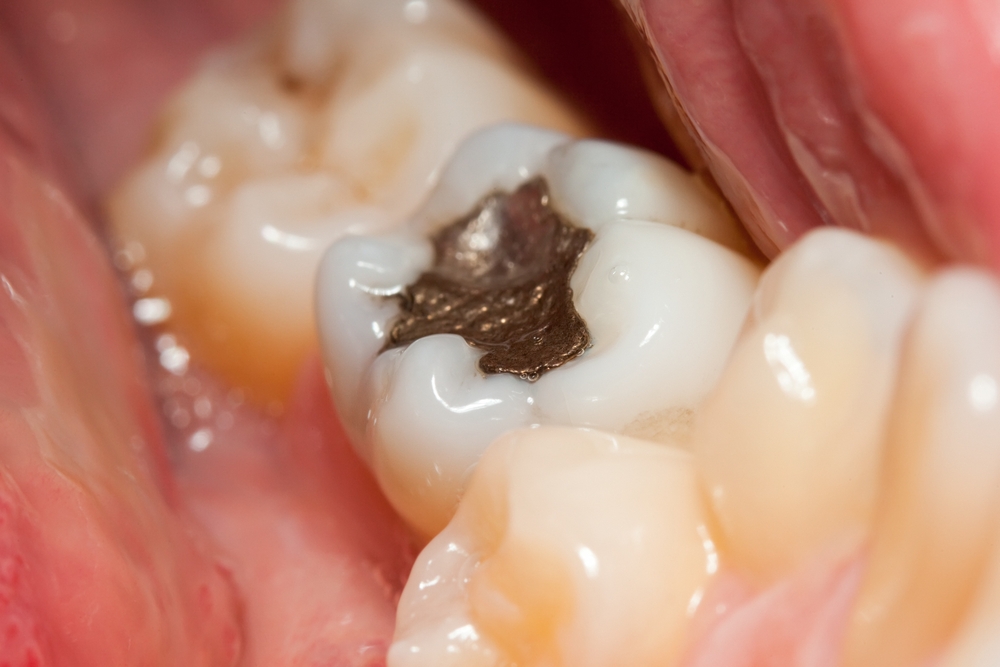 Although “silver” amalgam fillings have been used for almost 200 years now, there’s really not much to recommend them beyond the facts that they’re cheap, easy to place quickly, and can last a long time.

But they also make teeth weaker because so much natural tooth structure has to be removed in order to place them. Cusp fractures are more common due to the stress from the metal expanding and contracting with temperature changes.

They can result in “tattoos,” discoloring the gums. When other metals are in the mouth along with them, they can contribute to oral galvanism – the creation of electrical currents that can interfere with normal biological functions.

Oh, and despite their name, they’re actually made mostly of mercury, a potent neurotoxin. Some of that mercury is released with every bite and swallow you take.

But while mercury’s effects on the brain and central nervous system are among the most well-known, they’re hardly the only harm it can do to human health. Over the years, science has shown that mercury toxicity can play a role in such varied conditions as kidney disease, Parkinson’s, MS, reproductive dysfunction, and more.

That “more” may also include asthma, as shown in a study published this past fall in SAGE Open Medicine.

For it, researchers analyzed data from participants in the 2015-2016 National Health and Nutrition Examination Survey, ages 20 to 80, whose asthma status was known. They were then separated into two groups, one with mercury fillings and one with amalgam-free mouths.

After crunching the numbers, taking into account factors such as gender, race, and socioeconomic status, the researchers found a more than 4-fold increase in asthma among those with mercury fillings.

And the more amalgam surfaces, the greater the risk of asthma. (Each amalgam filling can have anywhere from 1 to 5 surfaces, so even a single large filling could raise the risk.)

This cross-sectional study provides the first epidemiological evidence linking increasing dental amalgam filling surface exposures with reported asthma among adult Americans. It was observed that the association remained significant when considering multiple other covariates and different statistical models. Overall, it was estimated that 14,679 weighted-persons were reported to be newly diagnosed with asthma associated with their dental amalgam filling surface exposure with an additional annual total cost of US$47,838,861.

This comes on the heels of a similar study by the same authors. Using data from the same NHANES years, they found higher risk of arthritis among those with amalgams. Again, the more amalgam surfaces, the higher the risk, with arthritis rates highest among those with 4 to 7 surfaces.

To be clear, you can’t assume from either study that simply replacing amalgams with biocompatible alternatives will necessarily lower the risk. However, they do offer two more very good reasons to avoid them in the first place.