Ozone Isn’t the Only Healing Gas Out There: Introducing Hydrogen Therapy 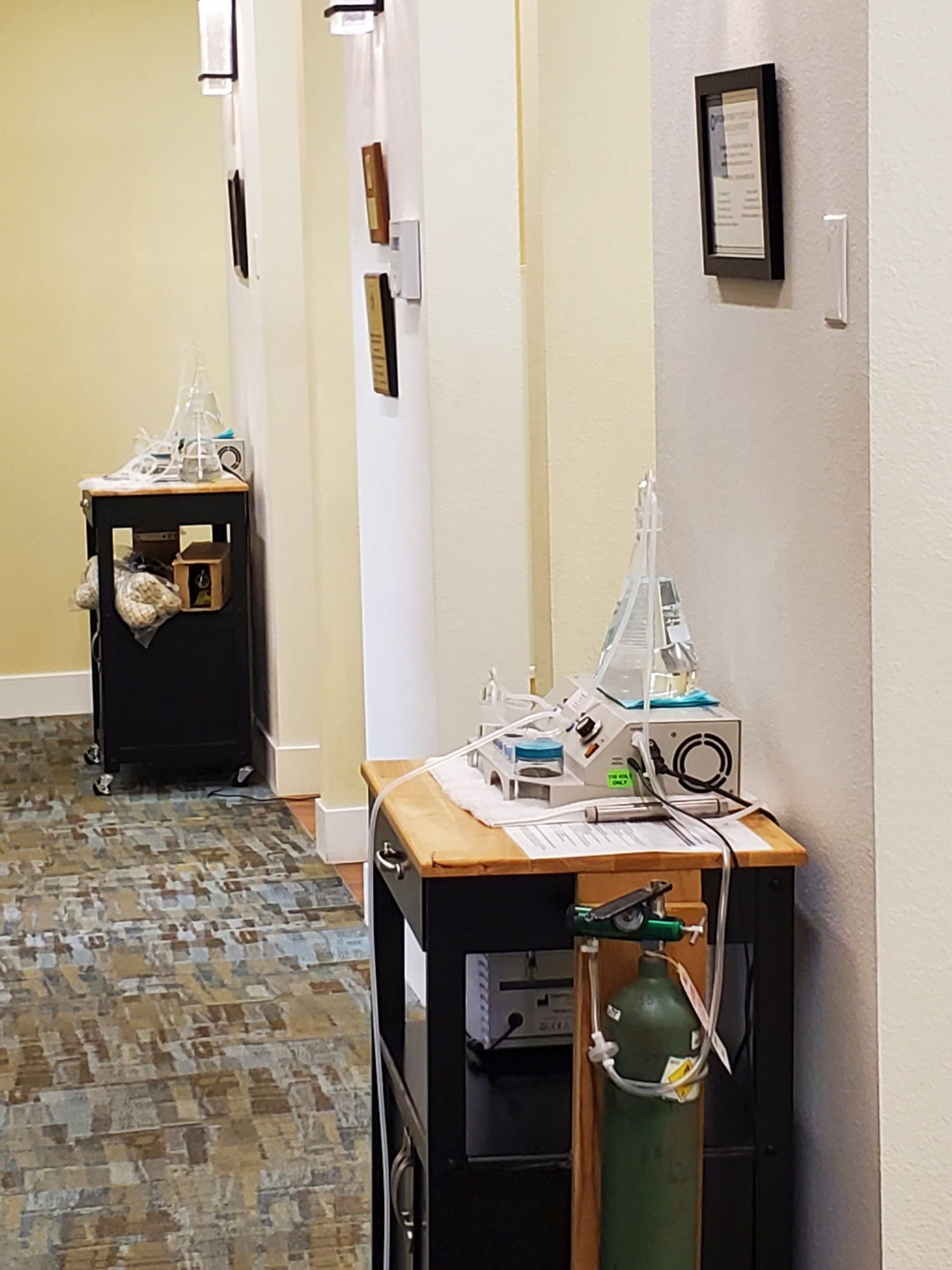 As you head down the hall to the treatment room for your new patient exam in our office, one of the first things you’ll likely notice are the multiple ozone generators. Ozone, after all, has a potential role to play in most every service we provide. Its ability to control infection is just the beginning. For instance, it also supports wound healing in the mouth by stimulating the circulatory system and reduces post-op pain.

But believe it or don’t, it’s not the only healing gas there is, which is why we recently invested in an AquaCure unit to provide hydrogen therapy.

More than 300 studies have been done so far on molecular hydrogen’s potential in medical treatment. Over 170 of them have shown that it can benefit

essentially all organs covering 31 disease categories that can be subdivided into 166 disease models, human diseases, treatment-associated pathologies, and pathophysiological conditions of plants with a predominance of oxidative stress-mediated diseases and inflammatory diseases.

Indeed, its antioxidant powers are key to hydrogen’s effectiveness, countering the effects of oxidative stress and reducing inflammation. Other research suggests it may have neurological benefits, as well, and may be protective of cellular health, although much research remains to be done in these areas.

Studies have also shown the benefit of molecular hydrogen on oral health in particular. As with ozone, there is evidence that it can reduce pain and support wound healing, largely by reducing oxidative stress and inflammation. For the same reason, early research suggests that molecular hydrogen may be especially helpful in improving periodontal (gum) health.

Right now, we’re using hydrogen therapy mainly as a support for recovery from oral surgeries of all kinds, from simple extractions to cavitation surgeries. Our AquaCure unit generates a high energy bioavailable form of the gas called HydrOxy (a/k/a Brown’s Gas), which contains dissolved hydrogen, oxygen, and an electrically expanded form of water.

This elixir is simply inhaled through a nasal cannula. From your lungs, it enters your bloodstream to be carried to every cell of your body so its antioxidant, anti-inflammatory properties can get to work supporting cellular health. The results we’ve seen thus far in our patients have been excellent.

No doubt we’ll be expanding our use of hydrogen therapy as time goes on – one more tool for supporting our patients’ oral and whole body health gently and biocompatibly.