Tea Can Mean a Healthier Mouth (but Beware the Extra Fluoride) 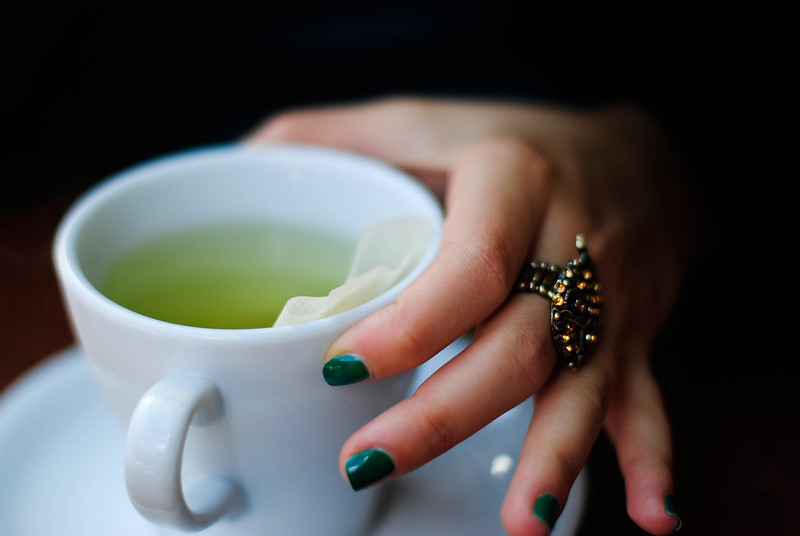 Just about a thousand years ago, tea drinking started to become a thing in Japan – thanks to a Buddhist priest named Eisai and a book he wrote called Kissa Yōjōki (喫茶養生記), or Drinking Tea for Health.

It’s good for the heart, he said. It’s good for energizing body and mind. Drinking tea before meditation, he believed, would make it easier for monks to reach enlightenment.

Hundreds of centuries later, science began confirming the ways in which tea can benefit health – including the health of your mouth.

After all, leaf tea – green, black, and white – is rich in antioxidants, nutrients that defend against the damage free radicals can do to the tissues of your body. Free radicals are simply molecules that have each lost an electron, so try to steal them from healthy cells. When antioxidants provide that missing electron, the free radicals are neutralized. When the balance is out-of-whack, the result is oxidative stress – and chronic inflammation.

Chronic inflammation is the hallmark of gum disease – not to mention the many systemic health problems that have been linked to it, from heart disease to Alzheimer’s.

In addition to delivering antioxidants to your body, tea may also increase antioxidant capacity in the blood and boost levels of the mother of all antioxidants, glutathione. Among other things, glutathione is an excellent support for detoxing heavy metals such as mercury.

Tea has also been found to have antimicrobial qualities. This study, for instance, found that green tea effectively controlled the growth of Candida albicans, a fungus that teams up with the bacterium S. mutans to create super-strong biofilms (plaque) and make tooth decay even worse.

Other research suggests that black tea may increase the flow of saliva and raise its pH, creating more alkaline conditions in the mouth. This makes it harder for oral pathogens to thrive, reducing your risk of both caries (decay) and gum disease.

Yet another way tea seems to support oral health is by increasing microbial diversity in the mouth. One large, cross-sectional study showed that tea drinkers had more helpful bacteria and fewer harmful ones, compared to coffee drinkers. And the more tea they drank, the bigger the impact.

Unfortunately, tea also has a critical downside: It can contain relatively high amounts of fluoride. This is because the plants easily draw up fluoride from the soils in which they’re grown. Older leaves contain the highest amounts – and, notably, the fewest antioxidants. Since older leaves are considered lower quality leaves, you’ll typically find them in the cheaper brands of tea.

Make that tea with fluoridated water – such as the kind which flows from the taps here in Alameda County – and fluoride levels can be even higher. Too much fluoride can spell trouble for oral and systemic health alike.

Note that this is mainly a problem with leaf teas. Herbal teas are less of an issue, since they’re not made from tea leaves but roots, herbs, and other botanical ingredients.

So how can you know how much – if any – fluoride might be in your morning or afternoon mug of the stuff?

Recently, we became aware of a new tool that allows you to search different brands and varieties of tea – over 300, with more to come – to find out their fluoride content. Just type in the name, and it will deliver the relevant results.

The site hosting this tool – Truth About Fluoride – includes similar ones for finding the fluoride content in kombucha, coffee, and other beverages, along with guidance on fluoride in other products. We encourage you to spend some time exploring these resources and sharing those you find particularly useful.

A couple more tea tips, though, to help you get the most benefit out of those you choose to drink: